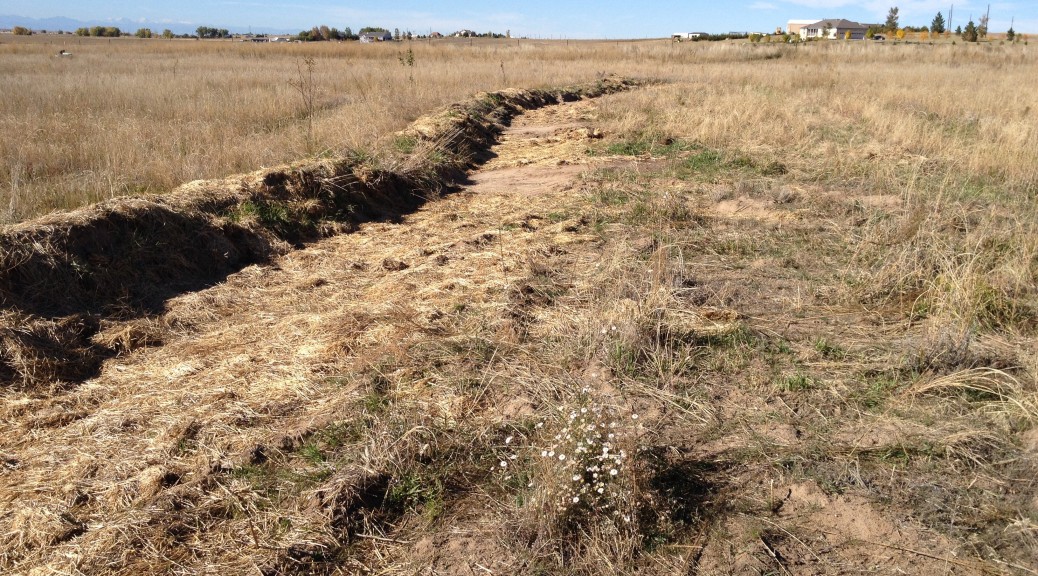 Made a batch of biochar today since I could be there long enough for it to surely finish which took at least 3 hours. I always make sure and cool it off by filling the keg with water. Just spraying water on it will not cool it off enough to keep the biochar from burning up leaving you only ash.

Most of the hazel nut bushes have survived so I put tree guards around all of them that showed some life. Most are loosing their leaves now. They really have not grown much with many of them growing a new stem after the original one dropped its leaves.

And look what I found down in the moist straw.

On the 2014 original swale and the extensions I made on the 2013 Swales I planted a seed mix that included common vetch which is growing really well late into the season and still has flowers.

Year old leaf pile with worms on backside of the upper 2013 food forest swale. I added some worms to this early in the year and I was very pleased to dig down and find worms living in the pile. Except for the garden area the soil is worm free so I’ve been adding them to compost and leaf piles all around. Hopefully we will have some mini Hereford cows to help the soil and worms.