Most of this straw has been sitting on the groin out in a field since last year. So part of it was very wet and some had mushrooms growing out of it.

It takes a lot more time to spread out wet straw! Paying a dollar or two for each dry bale would have saved me a lot if time. 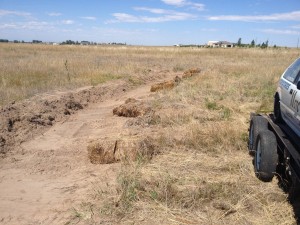 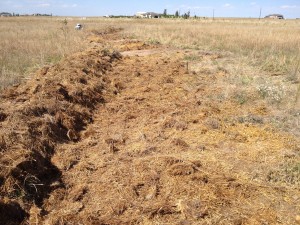 Below is one of the pinion pines that survived its first summer. Besides the attention they got when being planted which included biochar, soil amendments, initial water and mulch they have been neglected. The 25 ponderosa trees have faired much worse with most all of them dying months ago. They were much taller and the wind looked to take quite a toll on them. Even the four in tree guards died.