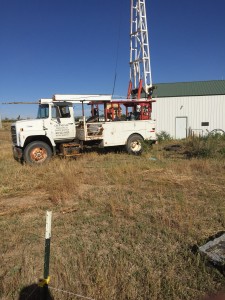 The water well and pump were replaced this past week.  I’d been taking water out weekly for two months or so for the cows and the plants.  It had not rained in almost two months so some of the newer trees needed water and all the plants appreciated the water.  And now I appreciate not having to go out ever 7 days with 180 Gallo s in the back of the truck. The water timers and drip system are again giving most of the plants water.

When you end up with female asparagus plants and some males for pollination you will end up with lots of red asparagus seed pods.  Many people say to dig the female plants up b 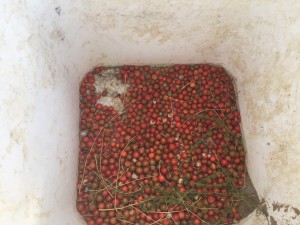 ut we are going to try growing new plants from them.  Which we can sell or plant for our use.

Each pod contains black seeds and I’ve read that it is good to take them out and I’ve read it is best to leave them in the pods so I’m hoping both ways will work well.  We are definitely going to be harvesting asparagus in 2016 since that will be the 3rd year for the asparagus.  And if you live somewhere with late frost like Colorado you might as well harvest any asparagus that will freeze and die rather than letting it die back in the field. 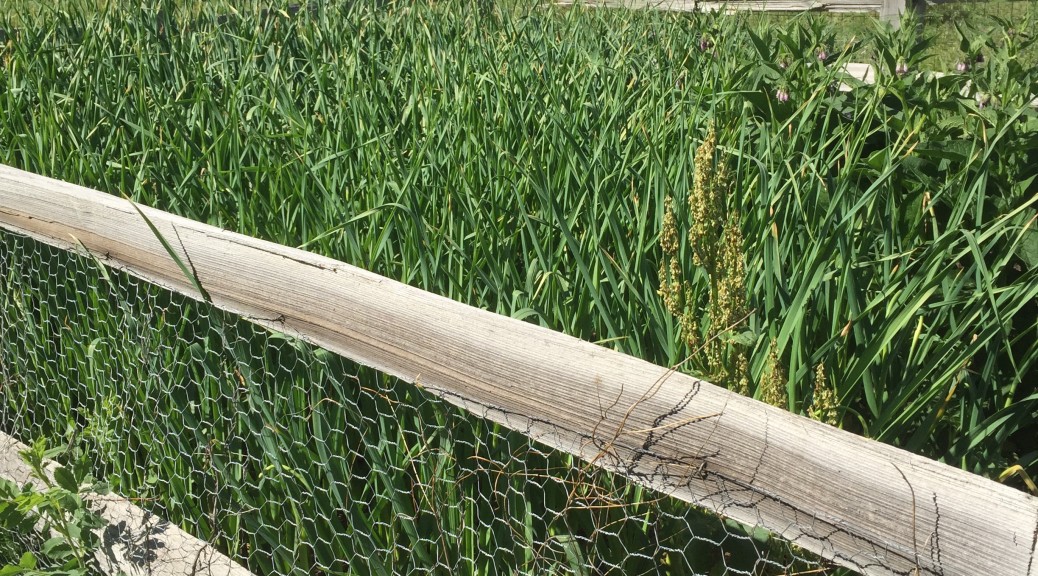 This past week we harvested the garlic at the farm.  It is nice when the sandy soil is moist because it makes for an easy harvest.  It took 2 of us the better part of 4 hours to harvest it all.  Harvest included digging them up and cutting the scapes with bulbils off of them.  We placed the bulbils in containers with buckets.  The plan is to plant the bulbils and grow them out over the next couple of years.  Many people cut the scapes early to help the bulbs grow larger.  I hope that actually works that way since these bulbs all look small.  Scapes can be sold when they are cut early and sold late with bulbils for people who want to plant.  Last fall we could not find any bulbils for sale when we purchased the garlic.  Since we have about 1800 scapes maybe we will sell some this year.  Each scape has 20 or more bulbils which in a few years will be larger garlic bulbs.  That equates to 36,000 bulbs – ahhhh. 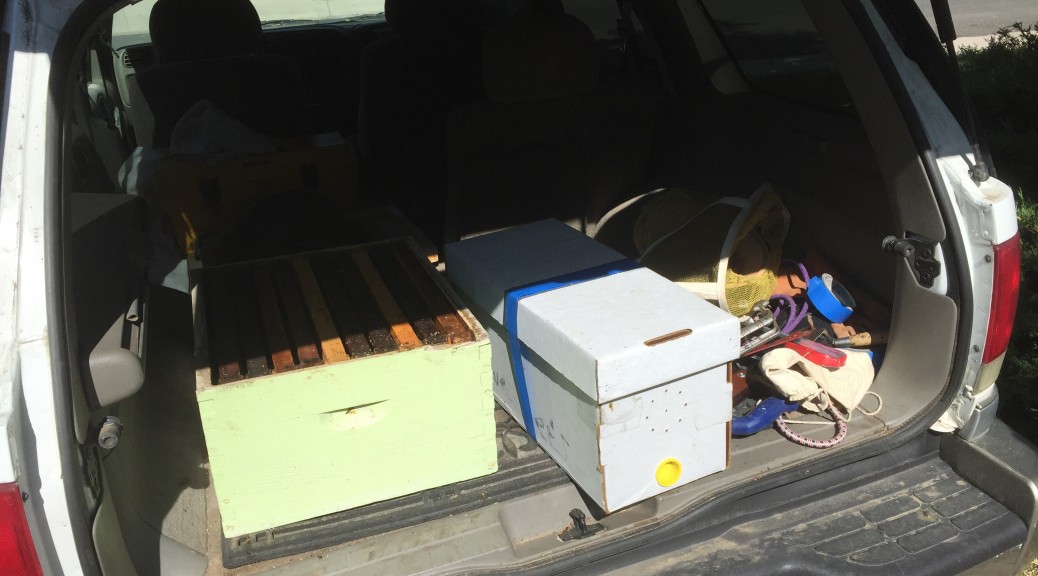 A second swarm of bees for 2015 and this one for the farm on the high plains of Colorado.  A random great happenstance,  I went to buy an old scythe and he also happened to have a wild swarm in the box so I left with bees and a scythe.  The scythe works great for knocking out tall weeds, much better than the machete I’ve been using.  I happened to have some sugar at the farm so I mixed up some sugar water for them.  I used it to try to calm them down a bit as I transferred them to their wooden hive.  Since it is getting late in the summer so they are going to get sugar water, plus maybe that will encourage them to stay.

It has been a really wet year with fresh rain in the past day or two and lots of flower of all kinds so I hope the bees will have plenty.

After losing all 5 of the California packages of bees this year we are trying swarms from this area hoping they can handle the weather much better than bees from another climate who were stressed by being transported here.

If you buy package bees and there is cold weather coming you should look at heating the bees to keep from losing them.  Maybe using a seed heating map that will add up to 20 degrees of temperature. 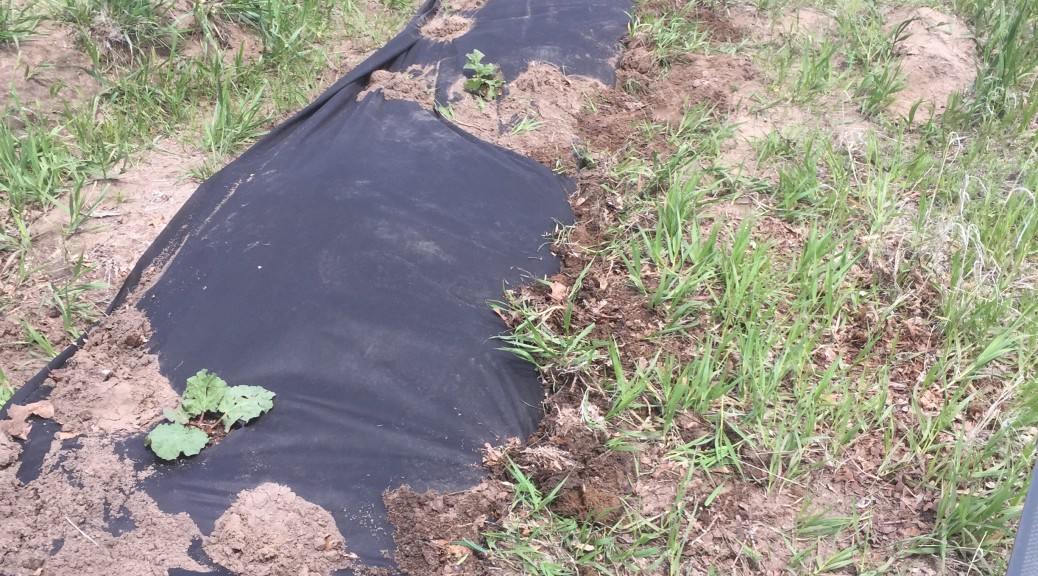 Another crop we are trying is Rhubarb. We planted one plant at the homestead a year ago and it did rather well with the late frosts and snows. This year we planted about 50 more plants. 40 of these plants were planted at Regen Farms out in Watkins. I read about how well the crop grows for high altitude rhubarb and decided to plant a lot more of it. They have a detailed explanation of how they planted theirs which looks great. We didn’t build up the ‘volcanos’ like they did but kind of wish we had tried their method.

The organic feed pickup is scheduled for May 1st at Regen Farms.
37200 East County Road 6, Watkins CO.
Take I70 to exit 299 which is the Manila Road exit. head south on Manila Road and take your first right turn on E County Road. This road runs into the gates of the community. I plan to have the gates open. If not you can call me to get you in.
once you enter the gates the farm is the second property on the left (south). When 6th avenue begins to turn the farm gates are directly to your left. Hopefully I’ll remember to set a orange cone out.
If anyone wants to check the farm out ahead of time let me know. It is an early stage (3rd year) permaculture, regenerative farm.
Thanks,
Kinch
Contact (at) RegenFarms.com 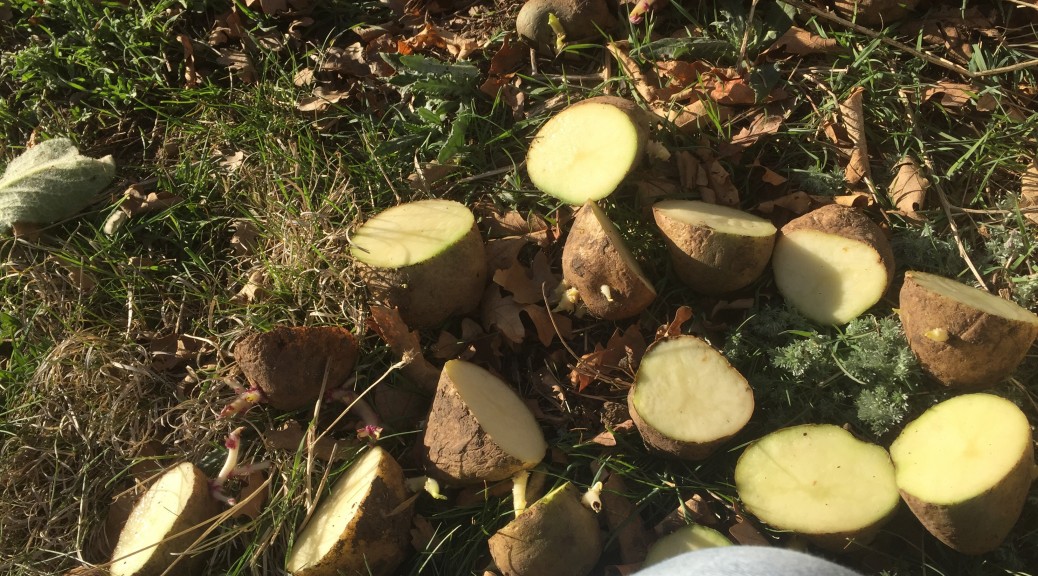 For this years sheet mulch potato plot I picked a weedy area where nothing had been previously been grown.

why sheet mulch potatos?  Because when it is time to pick your new potatos they will be easy to pick since they will all be on top of the cardboard.

Lay out your cardboard.
I then sprayed it with water.
Add soil or in my case OMRI listed organic potting soil (price was right)
Add your seed potatos to the soil, cover them with soil.
Water the soil.
Add some mulch over the soil – you want to make sure your new growing potatos never get sunlight as they will turn green and be toxic. You may need to add more soil as the potatos grow. I used pine needs for mulch since I had access to some and they stay put when the wind blows.
If you cut your potatos you need to let them dry a day or two until the cut areas dry. In wet area you may need to dust them with maybe sulfur. 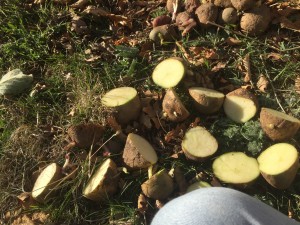 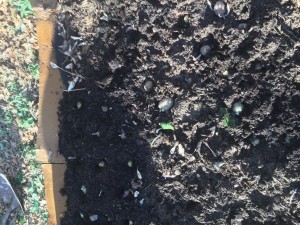 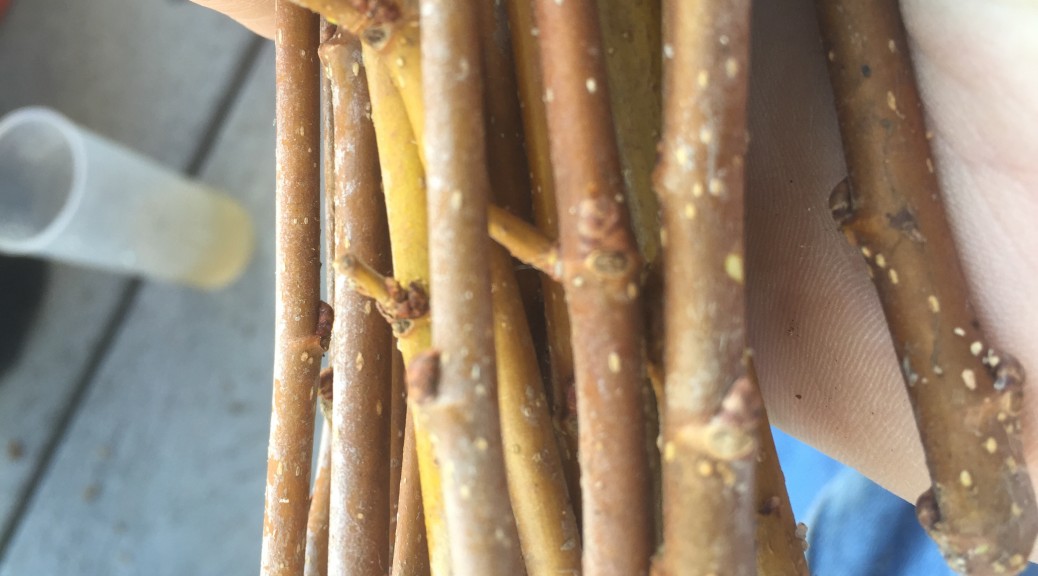 Rooting hardwood elderberry, mulberry and black currant cuttings. Most hardwood cuttings are rooted staring in the winter. These varieties are supposed robe easy to root so I’m trying them now along with some cuttings which may not root like apple and cherry. All of the cuttings were dipped in liquid rooting hormone. Many were placed in pots the same day I got them while others were dipped in rooting hormone and then stored in the fridge for up to a week. The cuttings were then placed in pots with a mixture of peat moss and sand or only peat for the first week. Some were placed on a heat mat to help them root. 1 gallon ziplock bags were placed over them to increase the humidity around the new leaves since the plants have no roots to acquire water. These varieties have many small bumps on them and the ones I reported had pumps that were opening with white under the bark. Hopefully these are new roots! 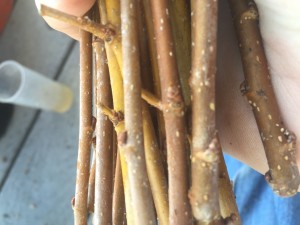 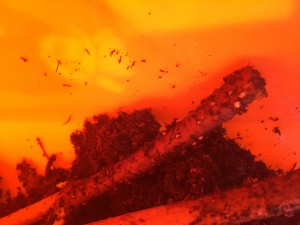