A tomato plant before being transplanted to a container for the winter. We bought the homestead later in the season so the plant is just beginning to produce. Time will tell if it will grow indoors.

The buckets will be both indoor and out depending on the weather. The lettuce plant is in a 15 gallon or larger container so it will not move as often. 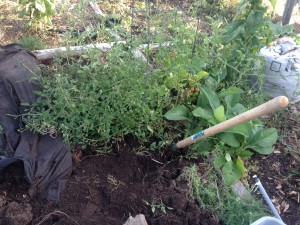 5 gallon bucket and some of the seedling lettuce plants.  The plan is to put the bucket with plants in a bucket without holes when I bring them indoors.  I ended up finding BPA free buckets at lowes.   I did not know they existed.  I bought the lettuce , broccoli and other veggies online since I’ve not found a local company with any this time of year (October).

We drilled holes in the bottom of the 5 gallon buckets. 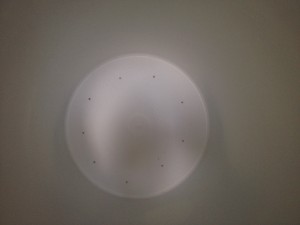 An inch or two of rocks in the bottom of the bucket. I don’t think the side of the driveway will miss them. A few sticks, mulch and a worm tossed in for happy soil. 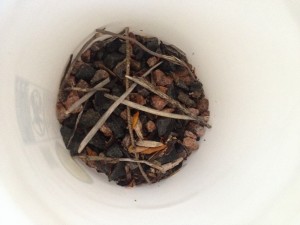 Dirt added almost to the top. The dirt will probably settle a few inches. Some of the dirt is from the chicken run and some steer manure was mixed in since I had it. The worms love the soil in the chicken run so there are worms in each bucket. The chickens also enjoy the worms who share the run. 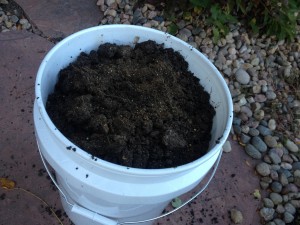